Construction culminated at 139 Bowery, a 14-story mixed-use building in the Bowery section of Manhattan’s Lower East Side. Designed by Raymond Chan Architects and developed by Global Joint Venture, the structure will produce 16 residential units, retail space on the ground floor, a 550 square foot medical facility, and commercial offices spanning floors two through five. Mandarin Enterprises is the general contractor for the building, which is located between Broome and Grand streets.

Recent photos show the main west elevation facing Bowery Street, covered in a thick layer of black netting and scaffolding. None of the curtain wall panels have been installed so far. The rear is visible from Chrystie Street, as well as the Moxy Hotel adjacent to 145 Bowery, which also recently peaked. 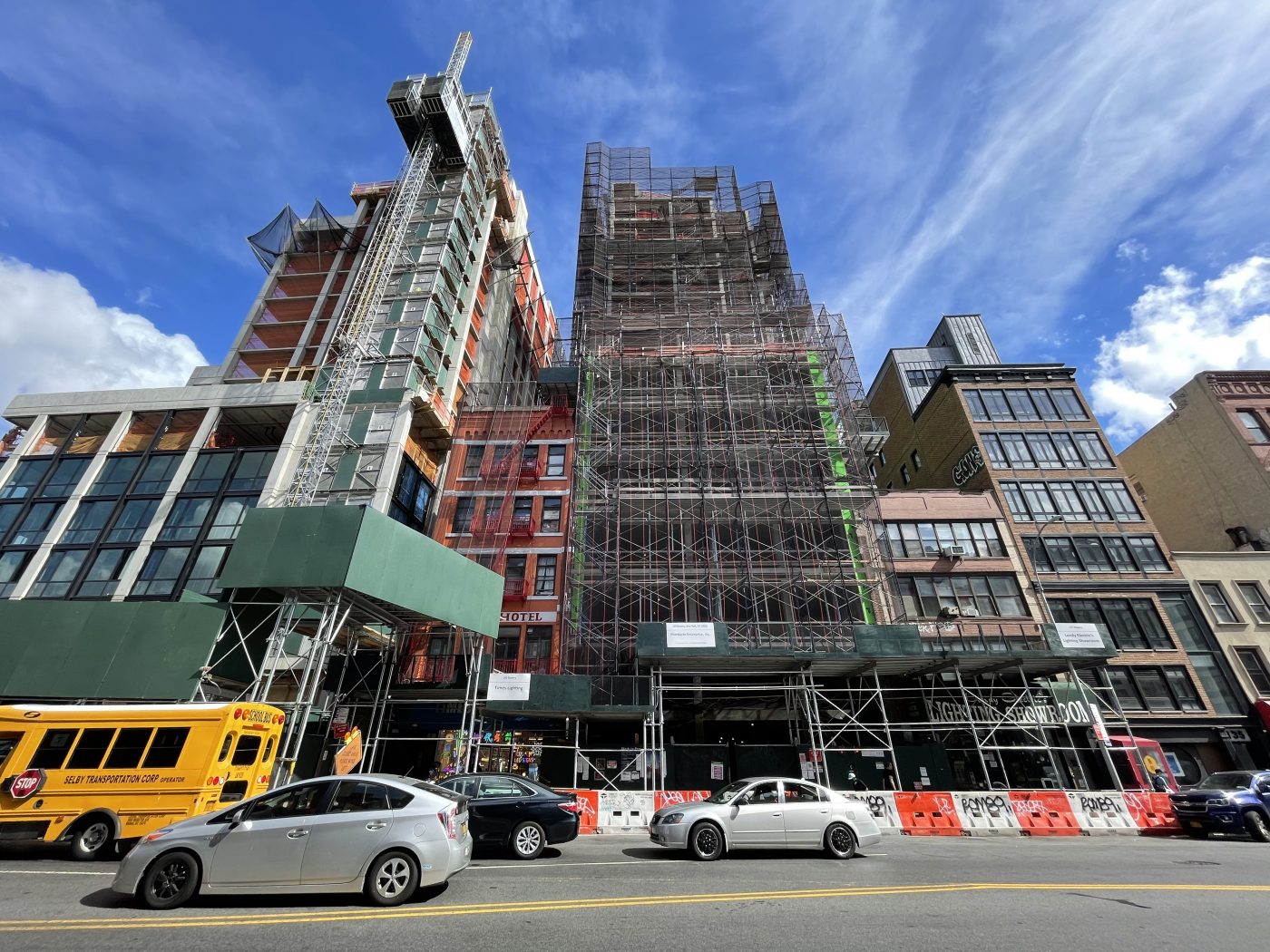 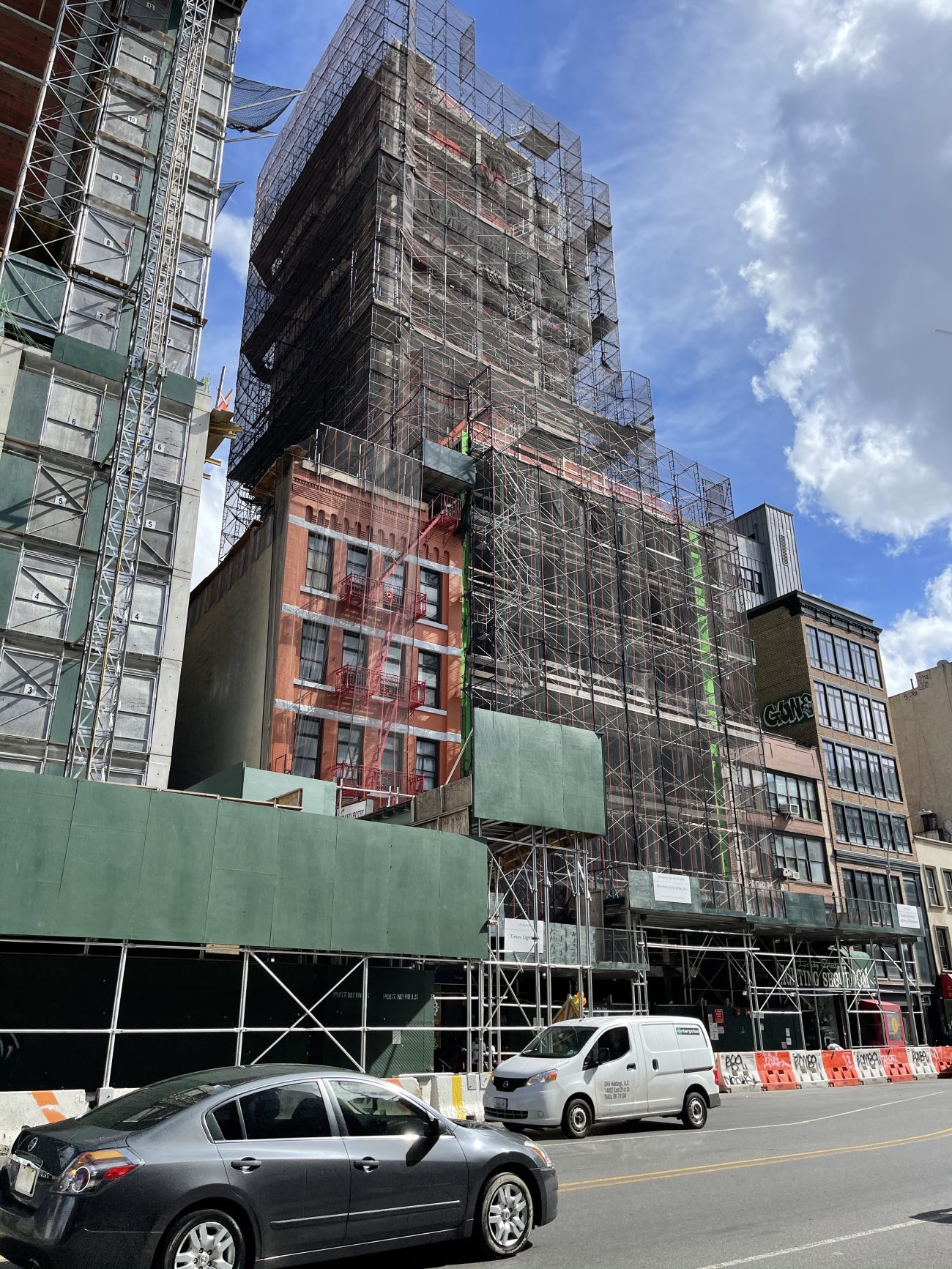 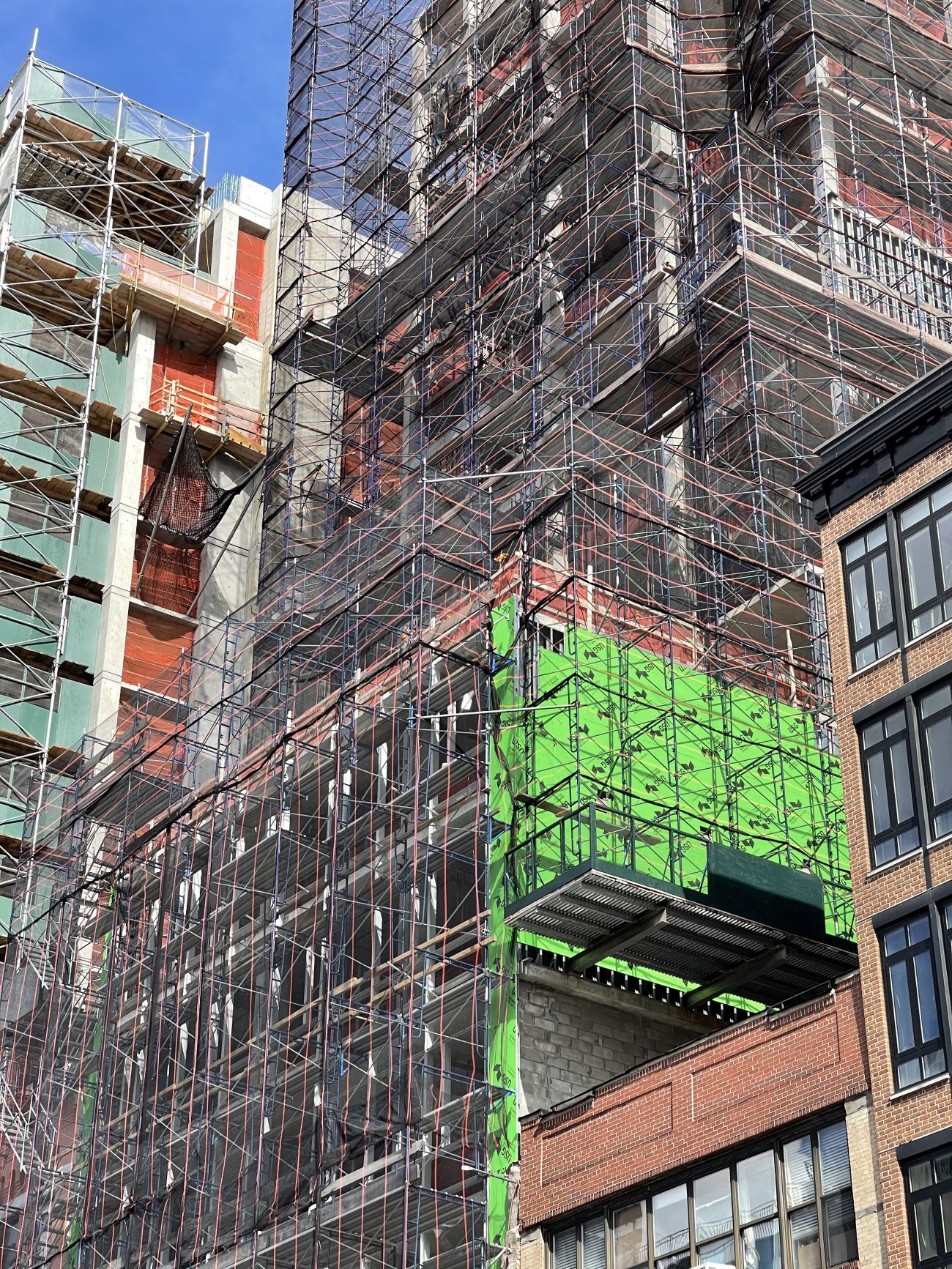 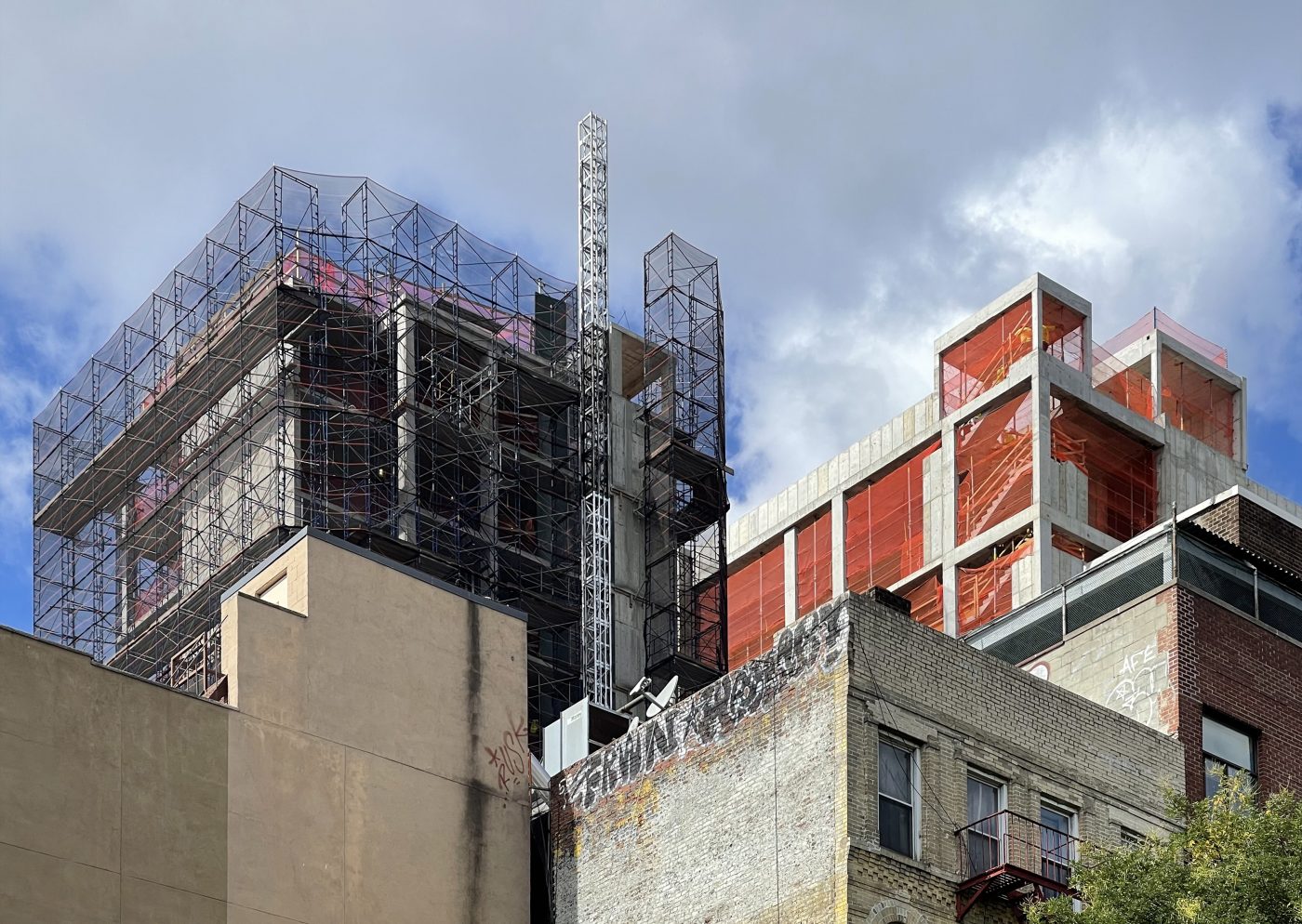 The rendering below is the previous representation with a floor-to-ceiling glass envelope, beige and gray panels, and a vertical stack of balconies lined with glass railings on the top half of the building above a landscaped exterior setback on the sixth floor. The new iteration changes the color of the exterior panels from gray to white, followed by a doubling of the number of balconies at the top of the building and a higher architectural height that culminates in a relatively flat roof parapet. The front of the double-height ground floor entrance and the commercial facade have also undergone a modest design change, but their position and location remain the same. 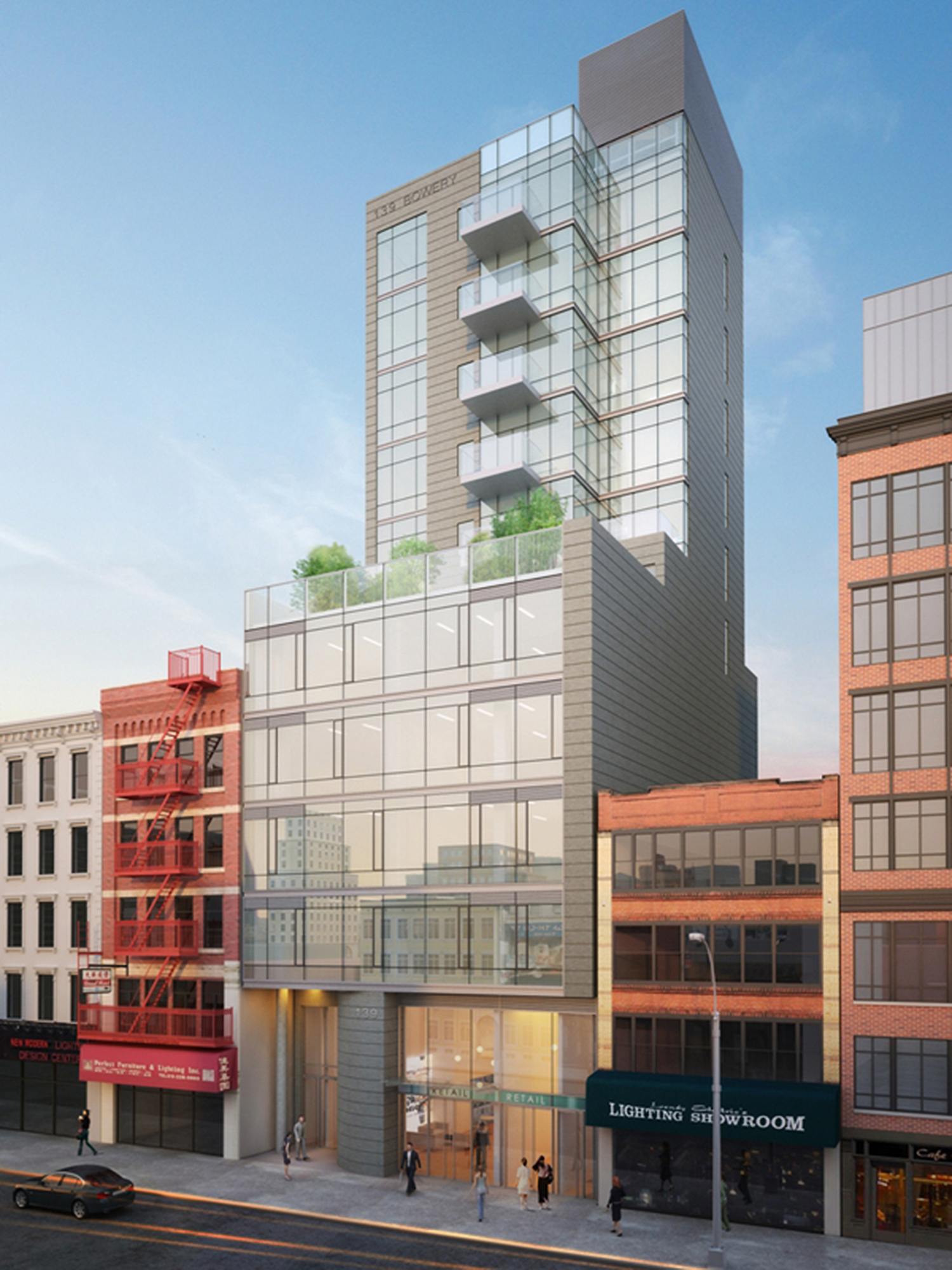 The old design of the 139 Bowery. Designed by Raymond Chan Architects 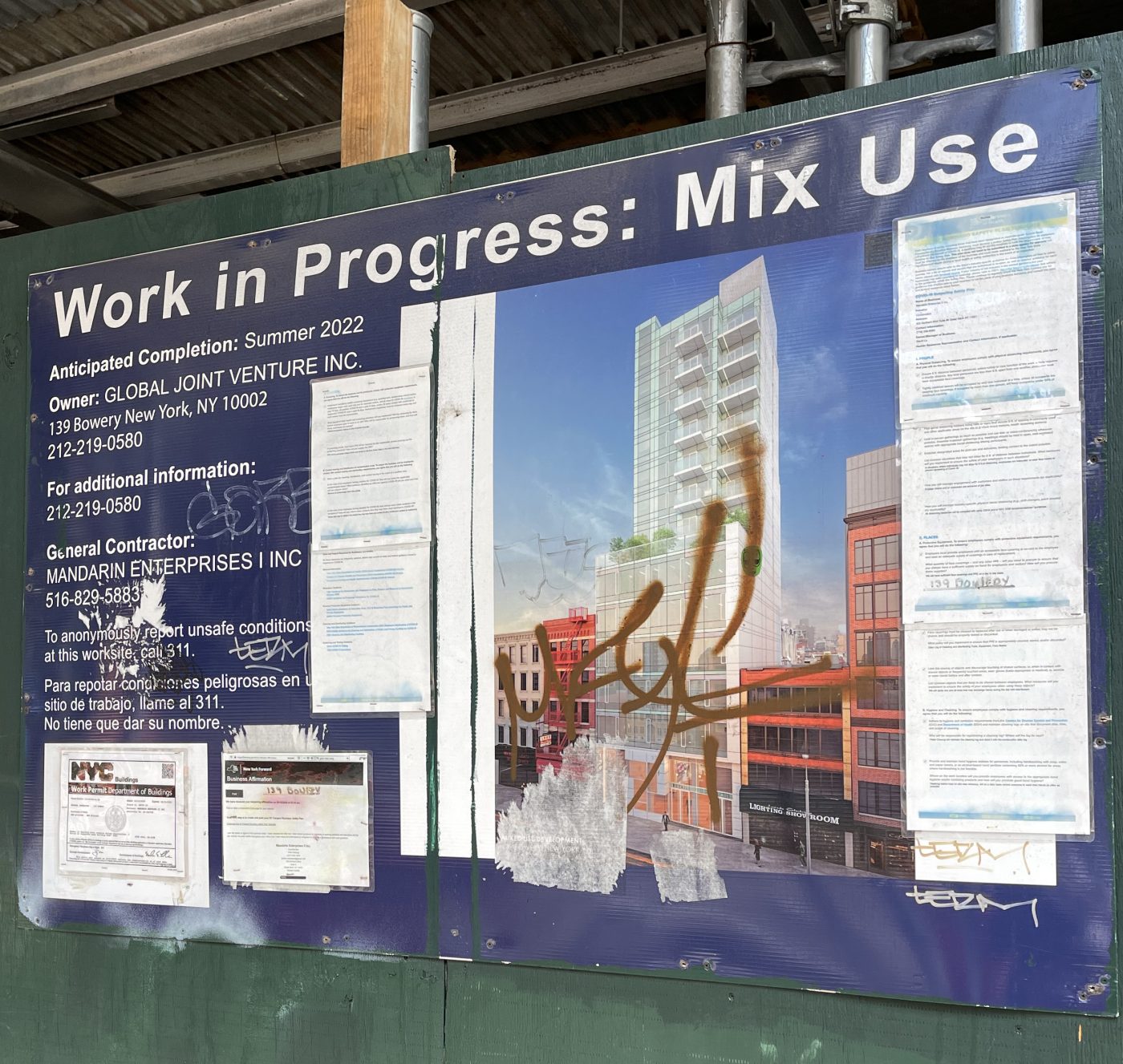 The new design of the 139 Bowery. Photo by Michael Young

A completion date for 139 Bowery is posted on the construction sign for next summer.